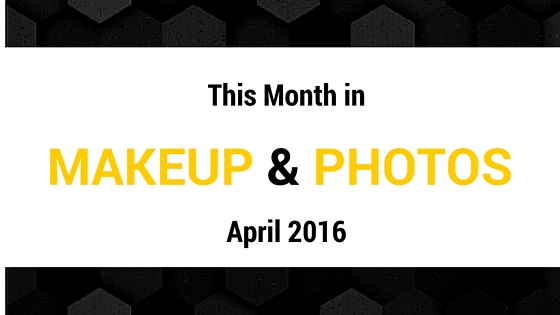 This Month Photos and Makeup – April 2016

Here’s a look at what I got into this April. Nothing too exciting but I do have a few pics to share.

First up is some shots from the El Camino Trail from Central LA to Texas. We were headed to spend the weekend in Killeen Texas for an annual Army reunion for my husband’s Battalion. Which is always crazy fun. I love those boys.

I picked up these little treasures at the same spot in Centerville where the gun smoker was, called Woody’s. That place was pretty amazing. It was a gas station the size of a super marker with a full smokehouse, deli, bakery, coffee bar, artisan candies, and tons of great gifts.  Definitely, a great place to stop and rest on a long trip.

We finally made it to Killeen after a 6-hour drive. We were tired but the Tilted Kilt was calling. We end up there every year. It’s like a fancy Irish version of Hooters. LOL.

There was lot’s of shenanigans that I can’t post to much about but here’s a hint below. The actual reunion was held at a friend of friend’s man cave, with a fully stocked bar that had more liquor than I have ever seen and yes, a stripper pole.

Strippers, booze, and burgers is an accurate description. LOL! Too much Jager!

We took a different route home stopping over outside Dallas to stay a night with one of the army boys and see my aunt and cousins. I had such grand plans of hitting up the mall in Dallas but did I? Nope. Too damn tired. lol.

And that was us after the weekend ^^

I was wiped out for about a week after the trip and the gym kicked my ass.

I did pick up some new 10 pounds weights for at home so I can do some weight training outside the gym.

Just a bit of encouragement from the hubby. I needed to keep it.

Something about getting away for a weekend seems to keep things healthy in a relationship. I don’t know if it’s the change of scene or trying new things but I feel like we got even closer over the trip. We had a lot of time to talk on the ride and bonded over new things. It’s almost like we reached a new level of openness. Things have been pretty great since. *wink wink*

Of course, I have to share some pics of my fur baby, Pumpkin, and her oven mitt obsession. She found it in the laundry and toted it around with her for days.

Here’re just a few shots from Relay for Life. There was a great turnout. I definitely want to be more involved next year.

An odd thing that happened this month was a freaking helicopter landed damn near in my yard. WTF? Scared the crap out of me.

And now a few shots of a girls night out downtown at The Mirror Room after The Art Crawl.

A few drinks were had and fancy pizza.

The Mirror Room is one of the nicest spots in Cenla. It’s Art Deco details left for the original designs are gorgeous. The Mirror Room in located in downtown Alexandria in The Bentley Hotel which was featured on SyFy’s Ghost Hunters.

A couple highlights this month was one of my favorite Youtubers Rebecca Shores liking on of my pics! *fangirl* She just made the Top 30 in the Nyx Face Awards. Go vote for her!

My blog was also added to a website called Pink51  Made my day there.

Speaking of blogging accomplishments I hit 1,337 last month! Thank you guys so much for following, liking, reading and commenting!

And lastly, a few makeup looks that weren’t part of the 100 Days of Makeup Challenge.

Oh yeah, and my BFF left me a Korean nose mask from Tony Moly. Didn’t do a whole lot but it was fun to try.

Okay, that’s all for April. Hopefully, I’ll have a favorites post coming and a what’s in my bag post.