What up guys?! Finally, a new post. Been a little MIA this week but we can talk about that in the Weekly Edit coming up Monday. Today, I want to share with you my makeup I did inspired by Alien and how I got the look you see here.

I did this look for my husband’s birthday, Aliens is his favorite movie. We went to see Alien Covenant and then went to a metal show at the bar, so I had the perfect opportunity to do something fun and get creative. I wanted to do something dark and duo-chromatic to capture that feel of the Xenomorphs shiny almost metallic skin.

So if you want to see how I got this look, just keep reading below!

I decided to use the Tarte Tarteist Amazonian Clay Pro Eyeshadow Palette for this look because of the shade Trendy which is a brown to teal shifting shade I really wanted to use and the palette has every other shade I need in it. I have a full review here.

To start out I used shades from the bottom row of the palette which is all neutral to cool toned shadows.

I went ahead and primed my eyelids and did my brows and laid down a matte white shade from lid to browbone to create a clean surface so the shadows really pop.

With a combination of Bold and Indie, the two lighter taupe shades. I began to build up the crease color and lay down a transition for the other shadows to blend into so there are no harsh edges.  I blended the shadows all through the crease area and up and out toward the brow on the inner corner.

Then with a small blending brush, I took Edgy (neutral deep brown) into the crease and to add depth. I started with a light hand and slowly built up the pigmentation.

Now it’s time for the star of the show, the Trendy shadow. 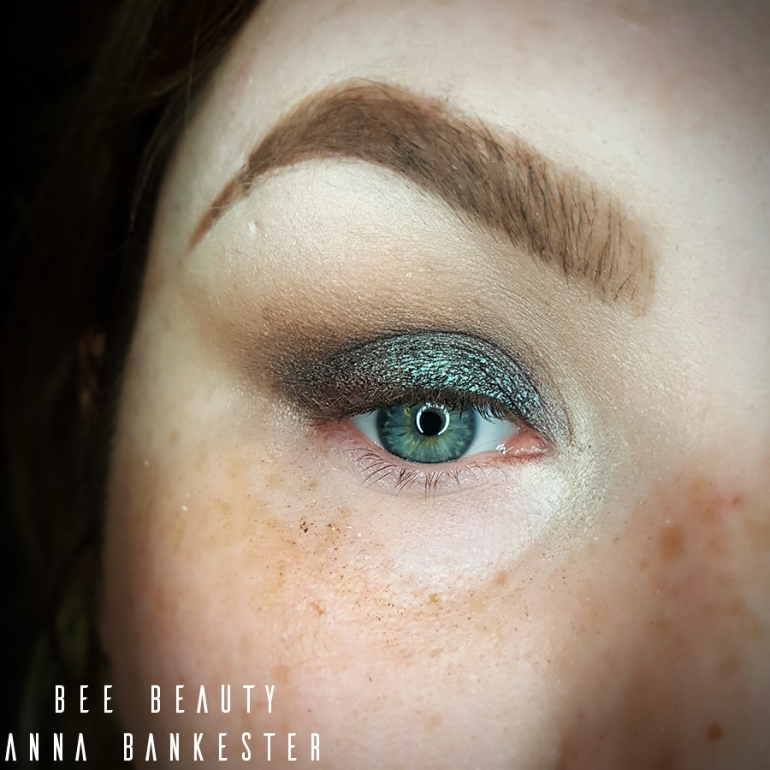 Next, I took the black shadow called Punk into the outer portion of the eye and blended it into the crease and out toward the tail of the brow so they eye has a lifted cat eye effect.

I added a pretty dramatic wing with a cream liner from e.l.f. and a bent liner brush as well as tight lining the upper lash line. 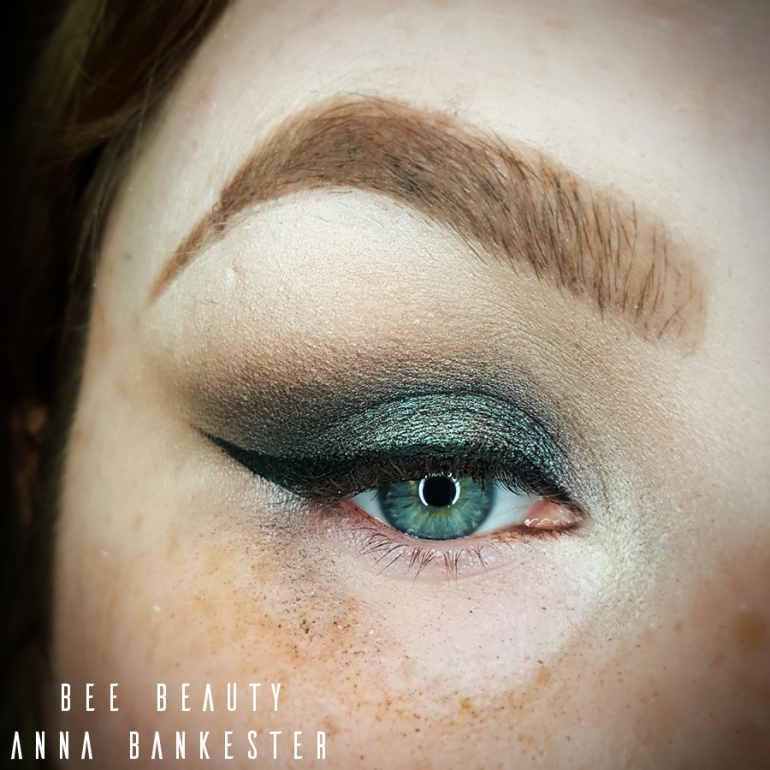 Then with a pencil brush, I took that black eyeshadow (Punk) and blended the wing in and added, even more, drama to the outer corner. I went over the edges with a fluffy brush to make sure everything was well blended and added more of the transition shades where needed.  I also cleaned up any fall out with a q-tip and face primer which worked like a magic eraser for cleaning up fall out and sharpening up the wing. 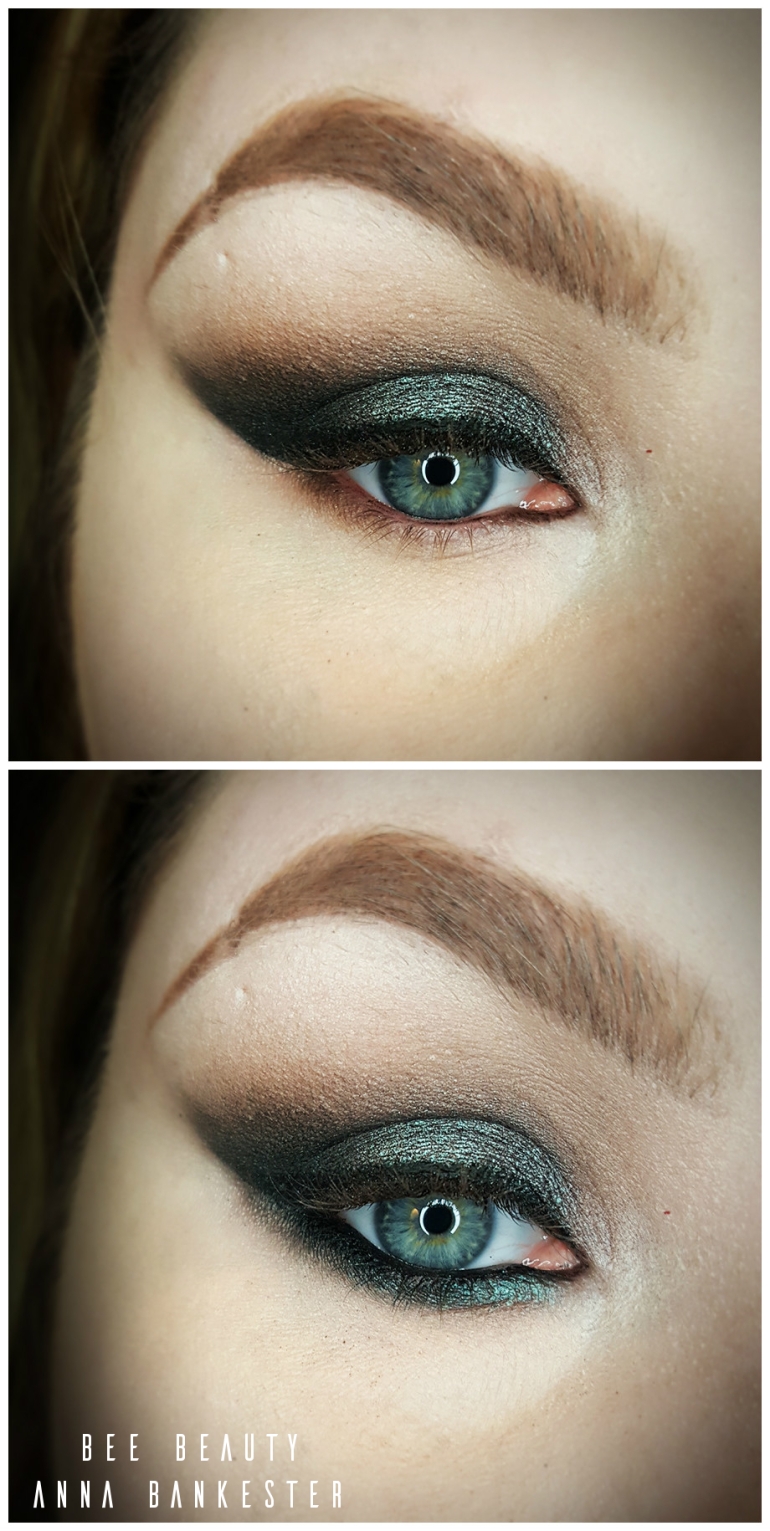 To finish up the eye, I jumped over to the Anastasia Beverly Hill Moon Child Glow Kit, which I used on the face as well.

I took the shade called Lucky Clover which is a green duo-chromatic highlight ( shamrock-infused gold with canary yellow diamond reflect) and applied it to the inner corner and blended it over into the lower lash line and slightly on the lid. 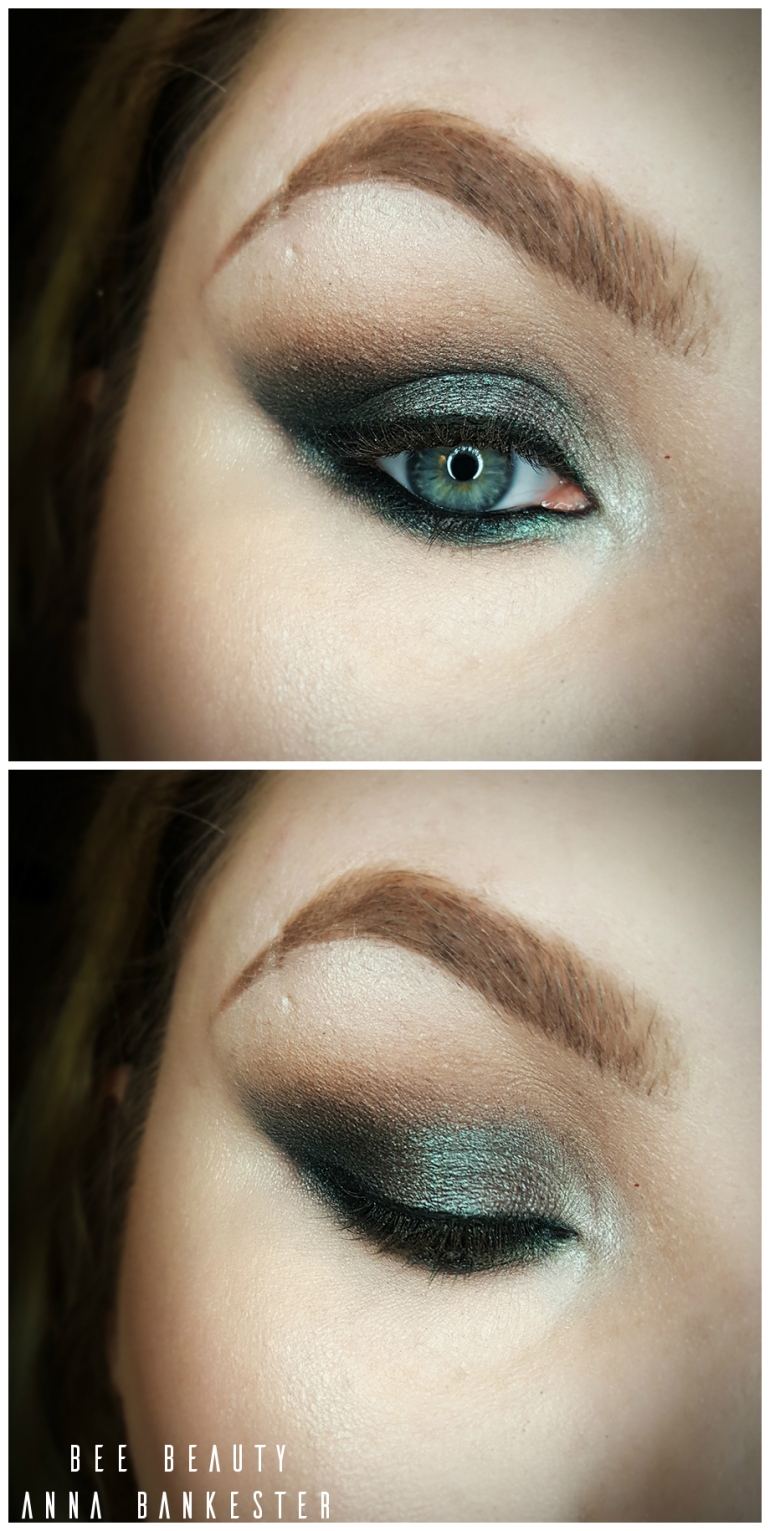 Then added the shade called Star (moonstone fusion of mint, platinum, and silver reflect.)  just to the inner corner for extra shine.  I also hit the brow bone with Star. I have a full review and swatches of the ABH Moonchild Glow kit here.

Lastly, I gave the lashes a good curl and applied a few coats of Maybelline Colossal Big Shot Mascara and that finishes the eye.

For the lips I went with black, I used the aptly named Nyx Liquid Suede in Alien topped with Lucky Clover and Star from the ABH Moon Child Glow Kit on the center. 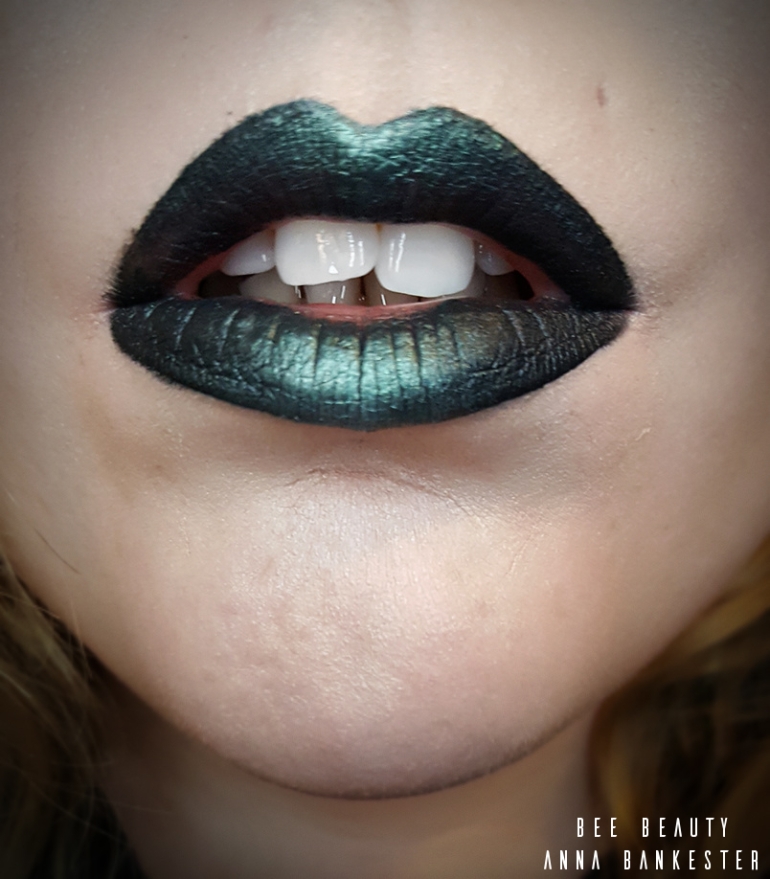 Then for blush, I went in with the Hourglass Ambient Lighting Blush in Mood Exposure then used the Hourglass Ambient Lighting Powder in Ethereal to knock off any extra translucent powder and  all over the face as a finishing powder I finished the face off by highlighting with Stunner from the Tarteist Pro Glow Palette and topped it with Lucky Clover and Star from the ABH Moon Child Glow Kit. I was all kinds of extra with this look.

And that’s the look. I was so sick with a head cold that day, Another reason for my being MIA lately but hopefully, the face paint hid how sick I felt. I hope ya’ll enjoy this look. I loved it! It’s one of my favorites. Let me know in the comments if there is anything YOU want to see.

PS, I have been revamping my Pinterest and adding content if you wanna go check it out. I’m still working on adding descriptions and what not but any helpful tips are welcome.