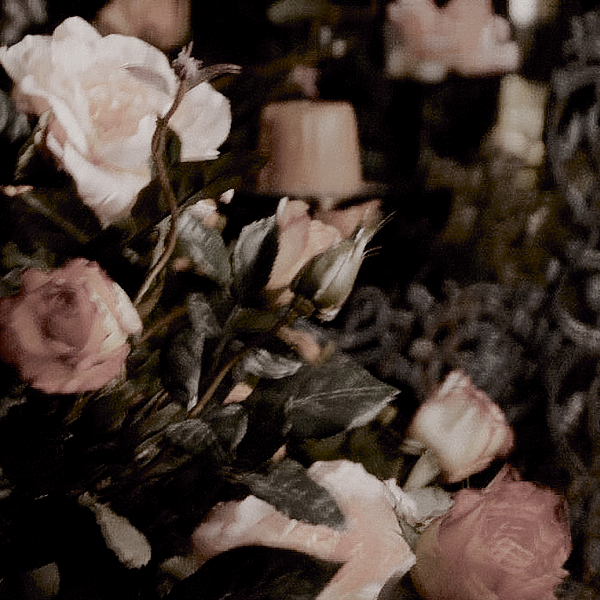 So I just woke up. It’s 4:36. I jumped awake from a dream. In my Weekly Edit, I spoke about spooky stuff and about my mom a bit. About feeling like I have had two lives within one lifetime. About ghosts.

Well, I dreamed about my mom. The dream started I was blogging. Trying to write a review of the Kat Von D Shade + Light Eye Contour Palette which I am, and it’s going up Monday. Anyway, I was explaining that I was running late on the post because I had school and I was graduating in 2 weeks. (I was typing this on my laptop but in my old bedroom from when I was a kid) I’m not in school, haven’t been in real school in over 12 years. But I was so excited because I was graduating high school and in the dream, it was synonymous with getting my drivers license. I have graduated high school, it was a year and a half late because I dropped out a year, then went to an optional school. the homebound because my mom was sick but eventually I did graduate and I didn’t even care by then. I was so over school and was living in what I call the real world because all the high school bs don’t matter in the real world aside from the piece of paper saying you did it. I never did get my drivers license though. I know how to drive, can’t legally do it, don’t want to do it. I hate the idea of it but I feel like it’s something I need to do. Over come that fear and fucking drive a car, it’s been over 10 years since I have driven.  In the dream later I was in my mom’s jeep, daddy was driving and she was in the passenger seat, me in the back and the car was going way too fast and all over the place. I know what that means. It means I feel out of control, and I think it’s because I need that independence of driving. That was only part of the dream. I get what it means, I have those dreams often.

What’s got me fucked up and what I am thinking about was later in the dream. In the dream, I wake up, next to my mom on a couch bed in the living room of our old house.We didn’t have a couch bed in there but she did sleep in there with me often because I was scared of the hall and back bedroom at that house. That’s a story for another time. Anyway, I wake up in the bed next to her,(we did share a bed at my grandma’s house for a while.)  I wake her up and I am confused but happy, that feeling you have after waking up from a dream and realizing “phew, it was just a dream” I wake her up and ask, “Is this real?

I wake her up and ask, “Is this real?” She looks like she did before she got sick.

She says “yeah” nods and looks at me like I am crazy kind of. I’m looking around the room and then I ask, “Am I real” and she replies the same way.

She kind of laughs and said “No”

“Okay, So were you a ghost before then when you would visit me?”

She looks at me confused, a small look of fear but smiles and she just shakes her head no like I am being silly but creeping her out. Not an uncommon exchange for us. I used to dream things, and they would happen and was always being spooky. I dreamed her dying, I never told her that I don’t think.

For some reason, I just accept her answers though, but in the back of my mind I know it’s wrong but whatever, I have my mama back. I fall back asleep.

Then, I wake up in my bed now, Mama is next to me again. I ask her again “Is this real? Now she looks like she did after she got sick. She says “No”

She goes back to sleep and I get up to go to the bathroom and mumble to myself “This feels pretty real to me. I feel pain, my leg hurts.” So I turn back around to ask her if she is sure and I scare her, she jumps, I jump and fall on my butt. I’m still trying to decide if this is real, I remember seeing Pumpkin the bed and I jump a wake to real life.

Still, it took me a second to make sure this was real. I look next to me and there is Pumpkin asleep with her head on the pillows and beside her is Ross alseep, everything is as it should be.

I’m in my office now. Feeling kind creeped out, when I got up I wouldn’t look in the mirrors. Pumpkin keeps fussing at nothing. I was crying from the dream so she’s in my lap now, had to lick my face and make sure I was ok. I think she’s my dog, Pansy reincarnated. They act the same. Even got her in the same way. I feel spooked. I want to wake my husband up kind of.

I feel spooked. I want to wake my husband up kind of. Another thing I was thinking about when I woke up is how he is the only other person I have had such a strong bond with since my mom. I don’t feel a deep connection really with anyone except him and since her. Like we are family. we are of the same tribe. I spoke about that too in my weekly edit. Feeling like a ghost before him. I don’t know where I’m going with any of this, just needed to get it out of my head.

That leads me to another question, would ya’ll like random blogs like this? Just whatever pops into my head?  Hell, why not? It’s cathartic.

I’m also listening to My Chemical Romance and was earlier before bed. I can’t listen to all of Black Parade because of the subject matter. Cancer stuff is a real trigger for me. I can’t watch or listen to anything that deals with it. It sets off a full on panic in me or depression. I just can’t and I know that now and avoid it.

I’m in an odd head space, and I don’t hate it but I don’t want ghosts. I’m worried about my dad, and aunt too but I always worry about them.

3 thoughts on “A phantom to lead you in the summer”