Welcome back! Today, I have a review, swatches and a look using a couple pieces from the WetnWild Midnight Mermaid Collection. I have the Mermaid Highlighting Bar and the Color Icon Metallic Liquid Eyeshadow in Moonlight Majesty. 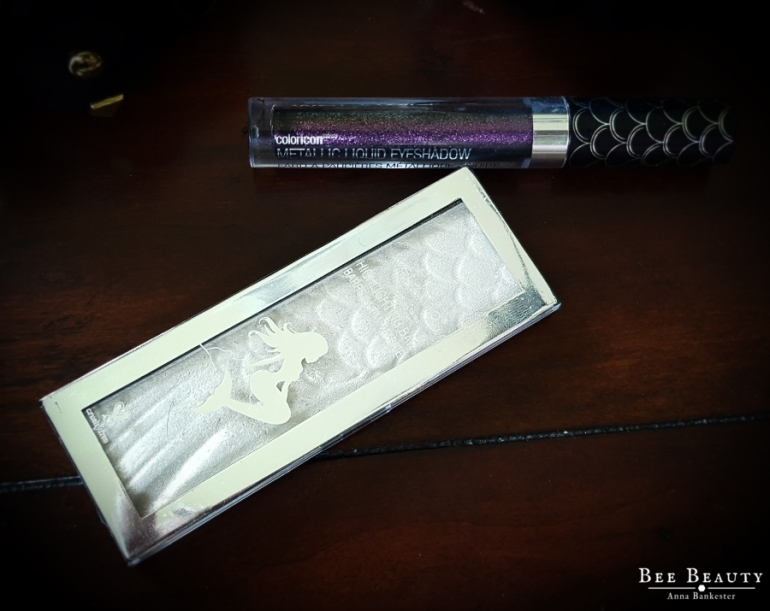 I think I created a pretty cool look using these guys. if you want to see more about the makeup look I did and find out how these pretties perform, just keep reading below.

Starting with the Color Icon Metallic Liquid Liner in Moonlight Majesty which is a deep grape purple shade with a slight green/blue shift.

You can see the shift in the close-up but it’s not apparent on the eye.

They come with a doe foot applicator, like a liquid lipstick. You can go right in on the eye the applicator and pat the product where you want it. 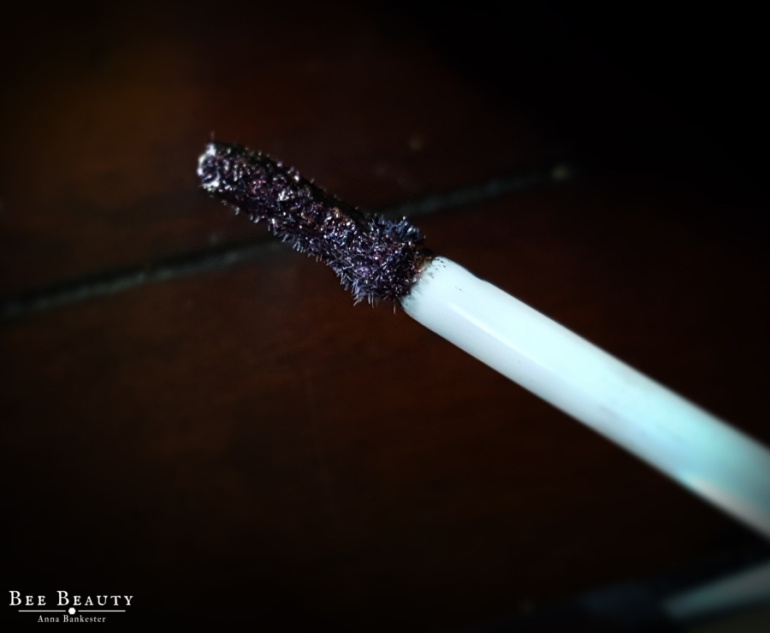 On the eye and in the swatch it comes out more of a black-based liquid with purple shimmer throughout. Alone it can be kind of patchy but over eyeshadow, it looks pretty cool and you can get decent color payoff but nowhere near how it looks in the tube.

Here I have applied Moonlight Majesty all over the mobile lid to the crease over a pearlized grape purple eyeshadow and a matte grape in the crease area.

I don’t love the texture they give the eye closeup, they look a little chunky,  but they do give a cool effect to your eyeshadow. They will bunch up and flake if you apply too much or try to blend around them once they dry.  I don’t think this is something I will use again, I know personally, I could use a metallic eyeshadow and get the same effect without the texture. This is just speaking for the purple shade, of course, the others perform differently.

The Color Icon Metallic Liquid Eyeshadow retails for $4.99 and comes in 4 shades.

NOw for this little beauty. The Mermaid Highlighting Bar in the shade Midnight Moon, which is the only shade.

I think this is something really cool and unique for the drugstore. It has some ABH Moonchild vibes about it. It’s a gorgeous highlighter. 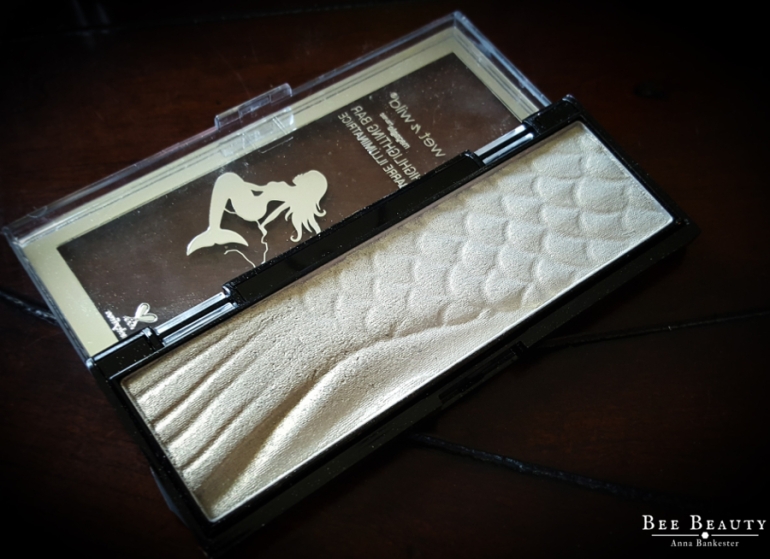 It looks almost silvery white in the pan, but it has a soft gold shift with purple micro glitter.  It’s a great formula and really gives a fantastic glow when the light hits. However, at some angles, it appears gray which isn’t super flattering but I think it can still look really cool with the right makeup. 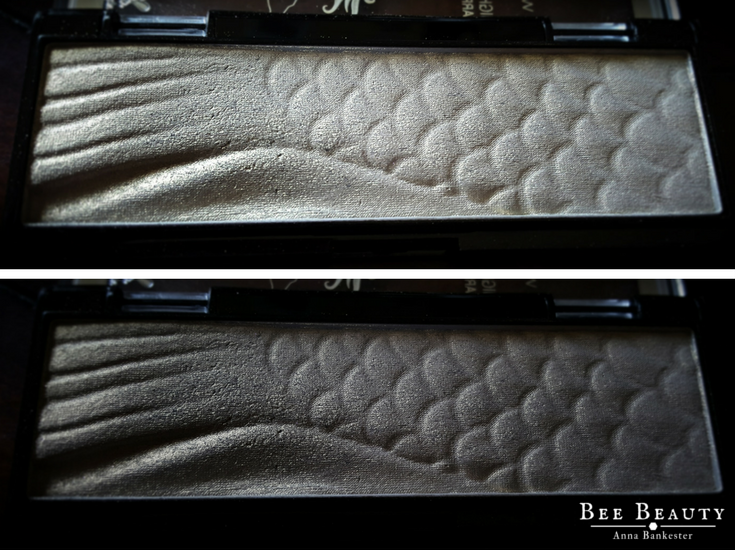 I tried getting some low exposure shots to show the reflect.

You can see in the swatches below how it shifts from a golden shade to a gray.  Most people will probably not love the gray look but I personally think it looks pretty damn cool for my personal style.

Here is more looks at the makeup I did using the WetnWild Midnight Mermaid Collection.  I attempted applying the Liquid Eyeshadow to the center of my lips over a black lipstick. It gave a cool effect for pictures but not to just wear. It was uncomfortable and made a mess.

I would pass on the Liquid Eyeshadows, and if you are into cool shifting highlights then definitely get your hands on the Mermaid Highlighting Bar. I want to try the lippies out for the collection but this was about all the was left at my local Wal-Greens aside from the liners.