Happy Thanksgiving! Today, I have a review of the Tarte  Lights, Camera, Lashes Precision Longwear Liquid Eyeliner. That name is too much. Got this little fella on sale at Ulta for half price so and its claims were pretty good. I live for a good long wear eyeliner.

In this post, I did a wear test doing to different styles of makeup and testing it’s lasting power through-out a busy day.

So does this one measure up? Keep on reading below and we’ll see.

The pen has a nice package and design. I like the black and gold. I really like the easy to hold grip area. It was a thoughtful design.

Let’s move on to performance.  Here’s what Tarte has to say about the liquid liner.

Take the intimidation out of pigmentation and achieve crisp definition as you line your eyes like a pro with this easy-to-use, precision longwear liquid liner.

A revolutionary extension of everyone’s favorite Lights, Camera, Lashes, the triple black formula delivers the ultimate in precision pigment for a rich definition that lasts. Powered by provitamin B5, it helps to moisturize and soothe the skin while thickening the appearance of lashes. The foolproof design, complete with an easy-hold grip, allows the liner to seamlessly glide and fill in spaces, without any skipping, smudging or pulling. Simply trace the ultra-thin, flexible tip along the lash line to create tight, crisp lines or the bolder, more dramatic looks you desire.

Okay, Tarte, we will see about all that.

The tip is felt and looks pretty sharp. I found it to be kind of stiff and not quite as precise and I wanted. It was a little stabby and scratchy.

The pigmentation was there. It is a very rich black.

On this day, I wanted to really test the liners ability to do a dramatic wing. So I did a fairly dramatic eyeshadow look but one that would still leave the wing as a main feature of the look. 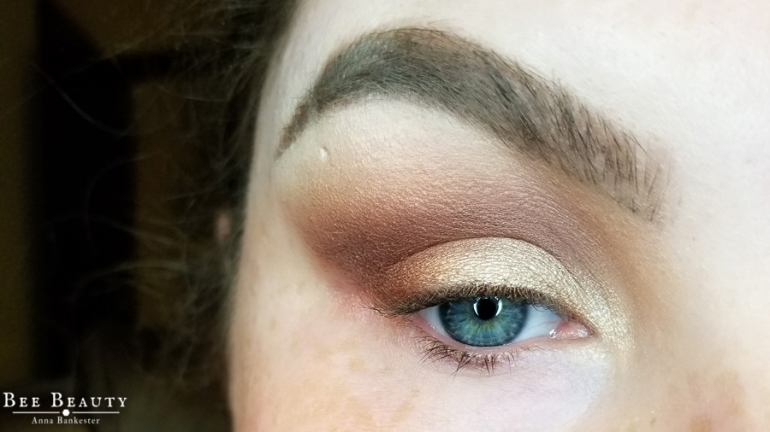 On first swipe, pigmentation is great but I see some skipping. On the lid it looks fine to me, but the wing is kinda meh and very rough. I tend to go back and forth with my wings a bit so no biggie.

After a LOT of back and forth, I got this wing which I was happy with. It took me going in and cleaning up to perfect and a lot of filling in gaps. 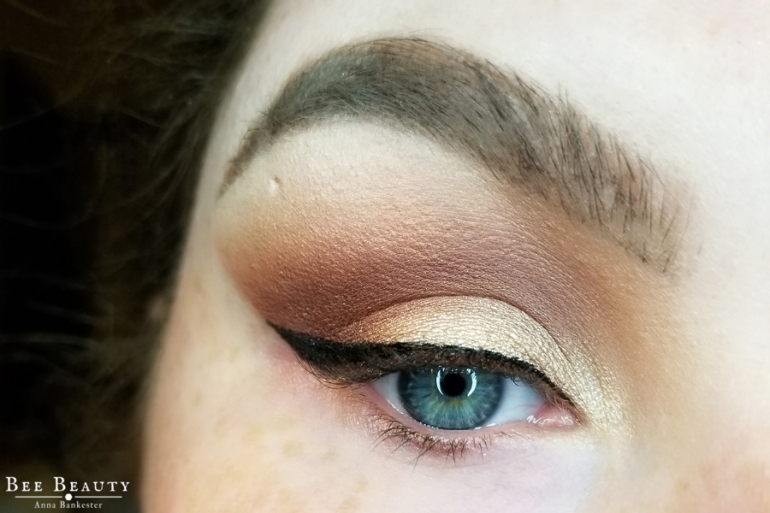 I wanted to see if I could go bigger. The biggest issue I had was when I go to finish the wing off and get precise it gets very skippy and patchy. I ended up on this occasion, grabbing my trust NYC Liquid Liner and filling in the gaps, which isn’t out of the ordinary for a wing this large for myself. I tend to map out my wing with a pen and then fill in with the NYC Liquid Liner.  I really liked the way this look ended up but it was such a fight to get there because I was trying to only use the Tarte liner.

I didn’t keep my makeup on super long on this day so I don’t have a check-in. I spent the day at home then taking a nap. LOL.

For the second day using this liner I had errands to run and stuff to actually do and I got a good hours 12 in with this makeup on.

I kept the look pretty simple. Just some matte eyeshadows.

Again with the skippiness at the tail of the wing, but after some finessing, I got her looking good.

I had some trouble because my eyes were watery with bleeding on both days, that was more a me thing though.

I really liked the way this liner looked on the lid aside from that one spot I couldn’t get smooth. It’s like anywhere it skips you can’t get to fill in. Like it just won’t stick.

Anyway, I got it where I was happy enough and finished off my makeup for the day. I went to lunch, ran errands, hit up Ulta and Sephora then came home and cooked chili for dinner and stayed up until midnight before washing my face. By the end of the night being 12 hours later, everything held up really well aside from my eyeliner pencil. I had some mascara flaking but the liquid liner did great on this eye.

The Tarte Lights, Camera, Lashes Precision Longwear Liquid Eyeliner is very long wearing but not at all waterproof. If your eyes water, it will come off. The pigmentation is fantastic too. It’s got great ingredients and I like the easy-hold grip.

I just don’t love the felt tip, it’s what causes the skipping. That was my only real issue. It made application for a wing a pain in the butt. If you aren’t into huge wings and like a liner just for the lid, this one is great. So far, nothing has beat my NYC Liquid Liner and my KVD Tatoo Liner.  The Tarte Lights, Camera, Lashes Precision Longwear Liquid Eyeliner isn’t the best I have used but certainly not the worst. It took way too much work to get it looking how I wanted it to look. I did a wing today in half the time with my other liquid liner and ya’ll know how much I love Tarte. It hurts not liking this and the liquid lipstick I reviewed last week from them.

The Lights, Camera, Lashes Precision Longwear Liquid Eyeliner retails for $20 and can be found at Ulta.

Leave your favorite liquid liner in the comments below!