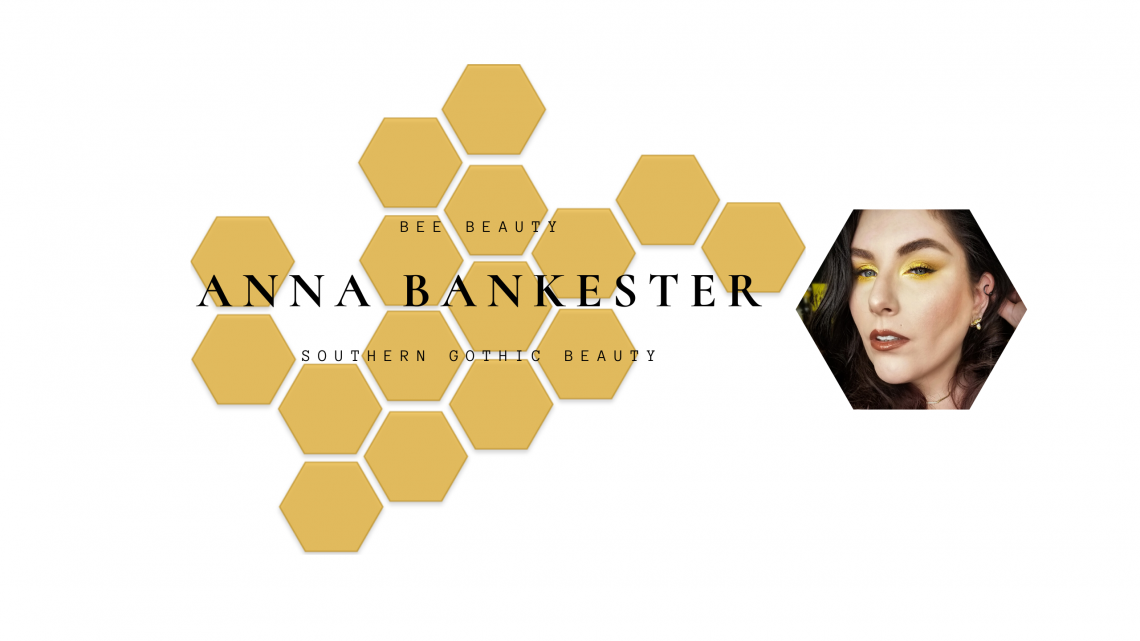 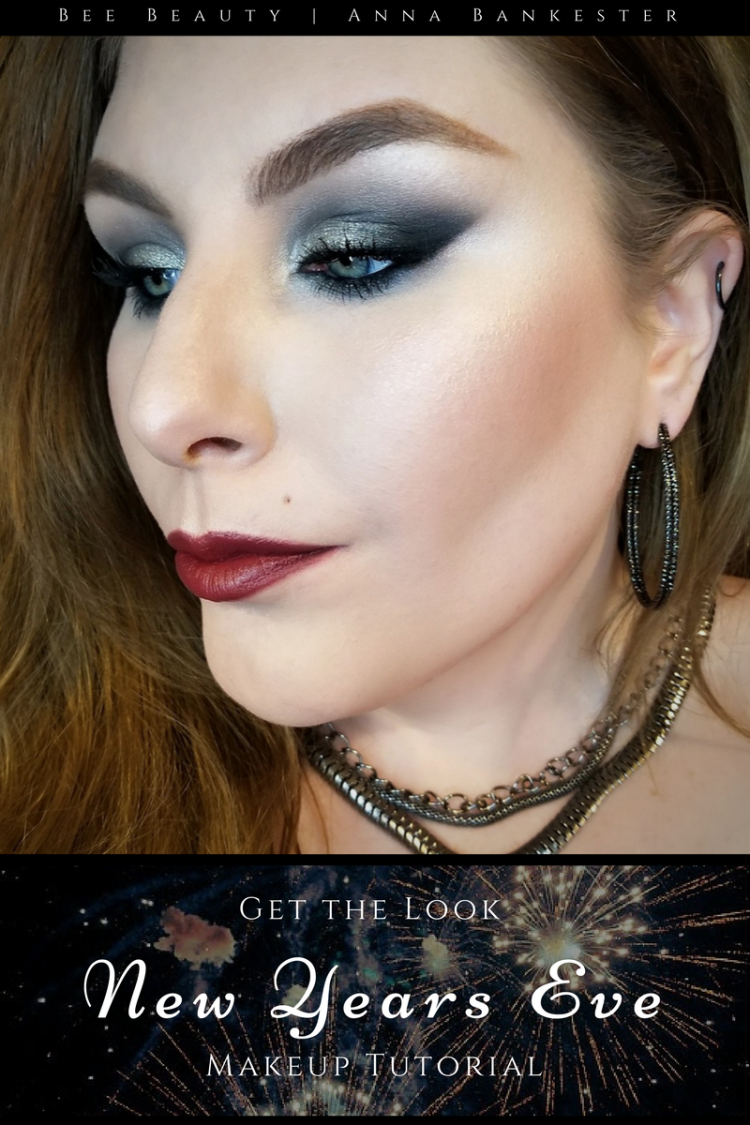 Happy New Year! Today I have a look for ya’ll that is perfect for an NYE party. This is actually the look I wore last year for NYE and I loved it some much I wanted to recreate it for ya’ll. 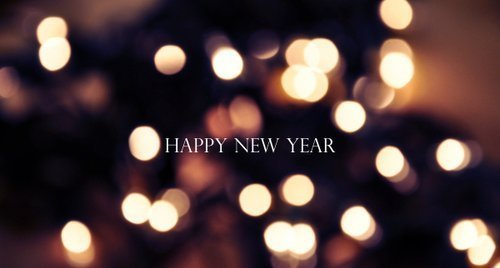 For this look, I used the Kat Von D Metal Matte Palette to create this silver, gray and black smoky cat eye paired with a berry-toned lip. So if you want to see how I did it, just keep reading below.

The eyeshadow palette I am using today is the Kat Von D Metal Matte Palette because that is the palette I used to do the original version of this look last year. This is still one of my favorite palettes. If you missed out on getting it last year, you can still find it here :Kat Von D Metal Matte Eyeshadow Palette Limited Edition

on Amazon for various prices. That is an affiliate link btw. Ya girl gotta make some coin somehow. LOL.

Let’s get into the look, shall we?

I am starting out with my brows done and eyes primed with Too Faced Shadow Insurance and concealer to blank out any redness or veins. I set the lid using the shade Bone from the Metal Matte Palette which is a light cream shade, almost the same as my skin tone.

I applied Bone from lid to brow bone to set the base and to aid in blending.

To start building up the shadow in the transition and crease area I took Stone, a matte gray, on a large fluffy blending brush all through the crease and up and out toward the brow lightly creating a gradient. I am pulling the shadow more toward the outer portion of the eye to give a lifted, elongated effect. 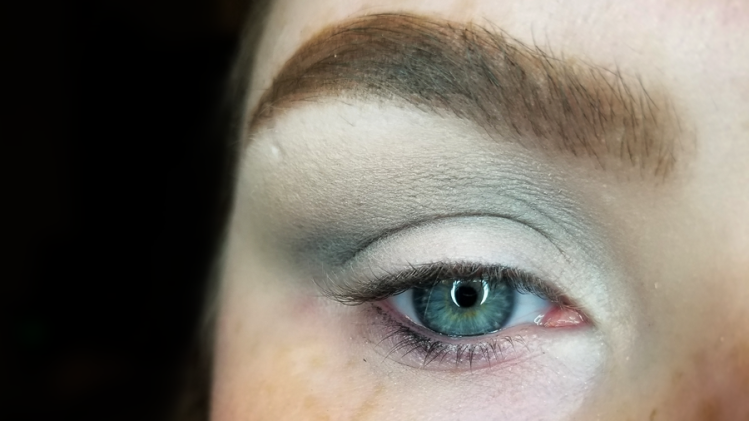 Now for some intensity, I went with the shade Jet, a soft matte black. Who else thinks of Liza Koshy when they see something called Jet. I just hear “I am Jet” in my head every time I see this shadow.

I took Jet (I am Jet) on a smaller blending brush right into the crease and outer portion of the eyelid. Starting with small amounts and building up the pigmentation, focusing most of it on the outer corner and then blending it into the Stone shade.  I did go back and forth between Jet and Stone until I had a smooth transition. 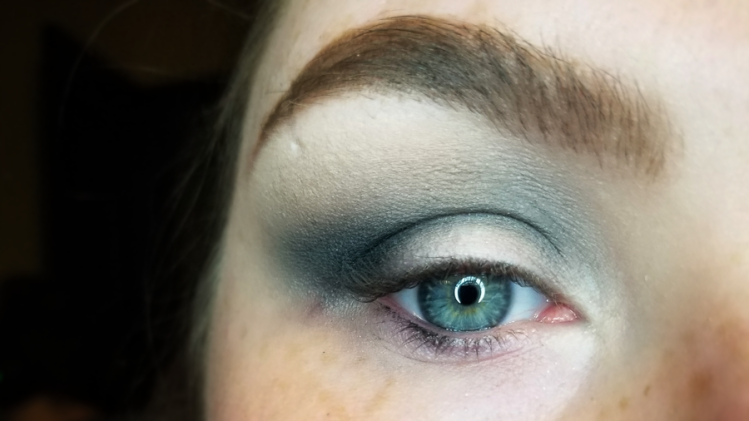 On the lid, I took the shadow called Tinsel which is a warm glittery silver shade on a flat brush. I dampened the brush with a bit of setting spray for maximum pay off. I kept Tinsel on the inner portion of the lid and blended it over softly into Jet. Once I got Tinsel laid down, I went back in with Jet on a pencil brush and made sure it flowed into Tinsel. Then, with an angled liner brush I used Jet to liner my upper lash line and create my wing. I have really been into using shadow as liner lately because it gives me much more wiggle room and allows me to manipulate the liner to suit my hooded eyes. I softened the wing and smoked it into the crease and outer corner of the eye to give a very dramatic cat eye effect. Then, of course, cleaned up any mistakes and fall down from the eyeshadow with a q-tip and makeup remover so I would have a crisp wing.

Moving on to the lower lash line. I lined my waterline and tight line with a black eyeliner pencil.

At this point, I went ahead and finished my face makeup then moved on to the eyeshadow on the lower lash line.

With a small blending brush, I ran that Stone shade all along the lower lash line, stopping just at the inner corner. 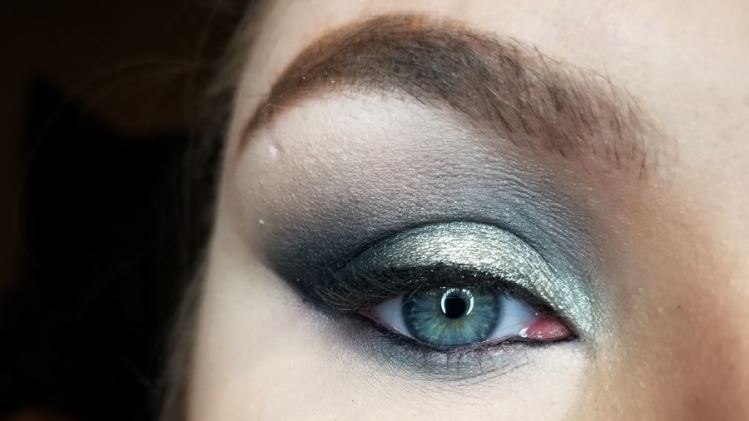 Then I re-intensified the black eyeliner and brought it down further on the lash line and softened it with Jet and smoked it out using a bit more Stone and made sure the lower lash line flowed into the wing and everything was seamless and connected.

I popped a some of the Tinsel shadow on the inner corner.

I finished the eyes off with L’Oreal Super Star XFiber Mascara. You could definitely add some false lashes to this look for even more oomph. I really love the way cool-toned eyes pair with a bold berry lipstick, so I opted for one of my favorite berry shades from a Columbian makeup brand called Glips mi hermana gave me for Christmas last year. Btw, check out her beauty blog here: Mirrors in the Attic

I applied this shade over a balm so it wasn’t at its full opacity. It can really be deep.

That’s it! I hope everyone has a safe and glamorous New Years Eve and I will see ya’ll in 2018! I got some big ass plans and goals for the coming year.