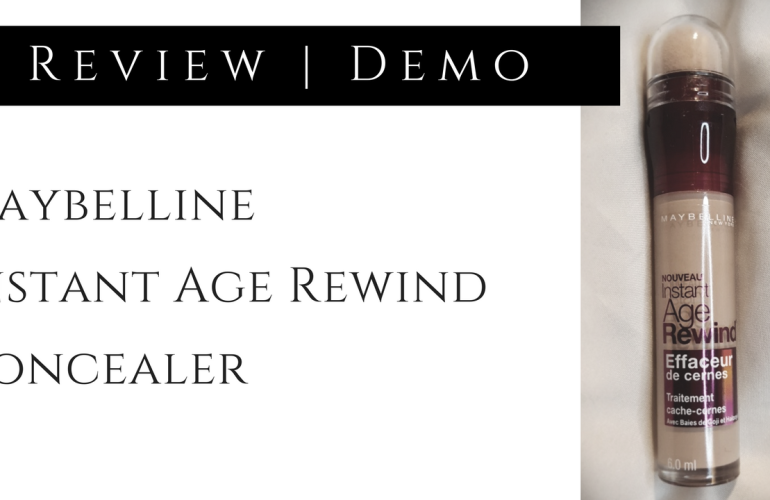 Finally, I have my review of the Maybelline Instant Age Rewind Concealer. I have actually been using this concealer for quite some time but the review just kept getting push back but since they just released new shades for more skin tones, what better time to review it.

I have some thoughts on this concealer. So if ya wanna see what’s up, just keep reading below!

I’m gonna tell you right now, I hate the packaging. It has a built on sponge applicator which gets gross so I ripped that part off. Next, it clicks up either way too much or much enough product which is annoying as hell and I feel like half of it gets wasted.

The shade range was really sad. I have the shade Fair which just barely works for me. I would prefer lighter. Thankfully they just launched a shade lighter called Ivory which appears to have a more neutral undertone. Fair is hella pink undertoned. More than I would like. I am neutral to cool undertoned but I like neutral face products because I have so much redness in my skin already. I need that more yellow neutral to correct and brighten, as well as match my neck.

On the deeper end of the spectrum, they had nothing! Now they have added what I believe to be 5 deeper shades which are a great start.

Infused with goji berry and Haloxyl, whatever that is. It’s meant to refresh and treat dark circles so you do get some skincare benefit.

While I know I griped about the packaging and the previous shade range, the formula and coverage are on point. This concealer performs amazingly and lives up to all the hype for sure.

It’s thin in consistency but full coverage while being super lightweight. It sets down with minimal creasing as well. It’s so good and I am glad there is shade for more of us who are harder to match. If I had a dime for everytime a shade was too dark for me, or too pink.

They also make a neutralizer shade meant to color correct really deep dark circles and a brightening shade I am interested to try but I do think it will be too dark for me.

So here is my undereye pre-concealer. I have already done foundation so some got under my eye a bit but dark circles aren’t much of a concern for me. I have a bit of blue under the eye but nothing terrible. I have more redness than anything. 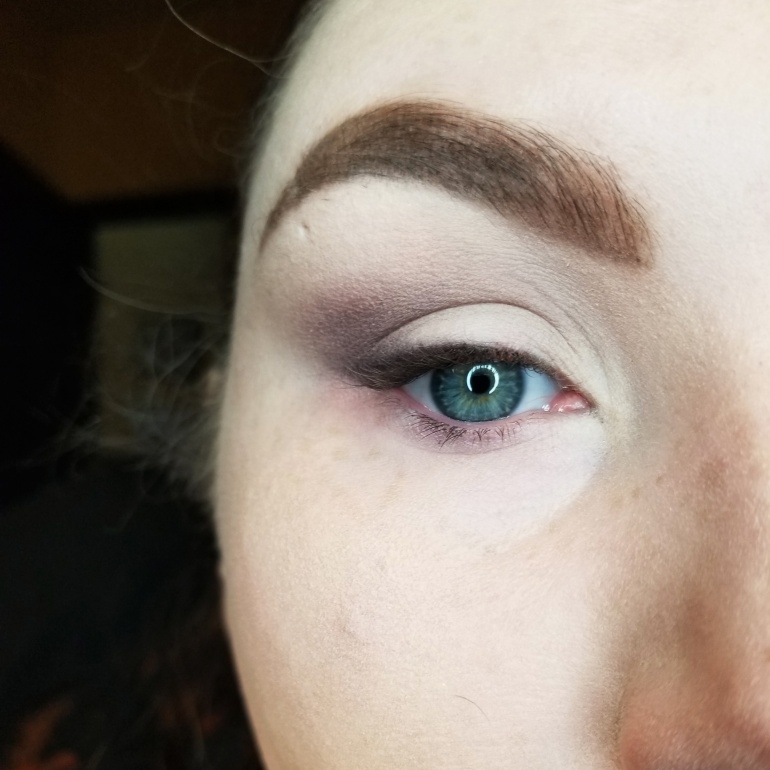 As I said, I ripped that stupid sponge off because it’s just unsanitary if ask me. I click out some product on the back of my hand and apply it with a concealer brush.

I like to blend it out with a damp beauty sponge. I used the Real Techniques on here. The coverage is great! and it’s smooth.

I set the undereye with some Maybelline Fit Me Loose Finishing Powder in Fair Light with the same beauty sponge. This is probably one of the best performing concealers I have ever used.

I think this concealer gives a flawless finish to the undereye. It’s brightened, and not dry, It gives you a  healthy and well-rested appearance. It’s everything everyone said it was.

BTW these pictures are unedited. I do spot-fix my Instagram/makeup pictures but for reviews, I leave them as is aside from cropping and resizing because I want you to see how the product really looks on my 31-year-old skin in real life. 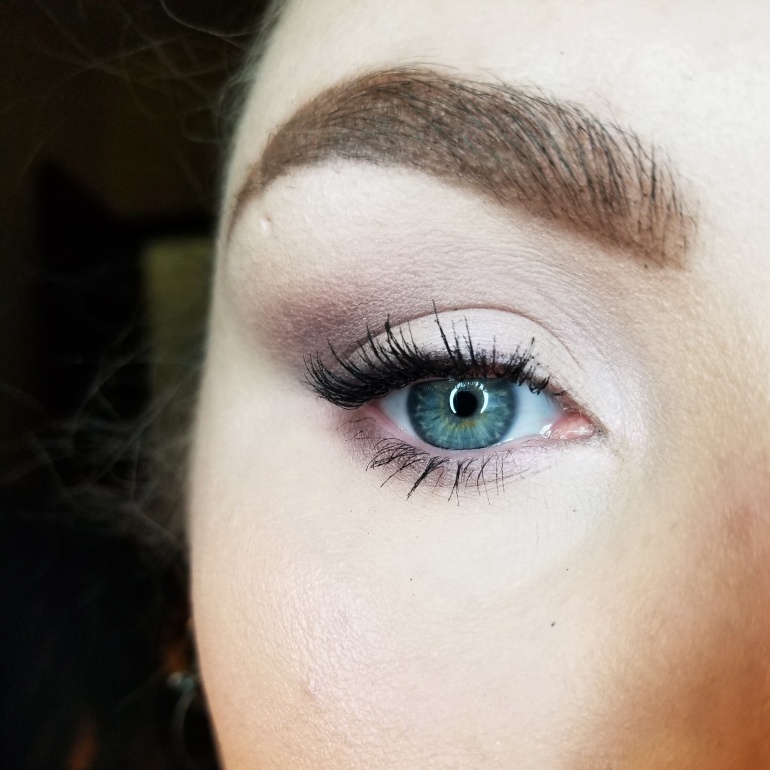 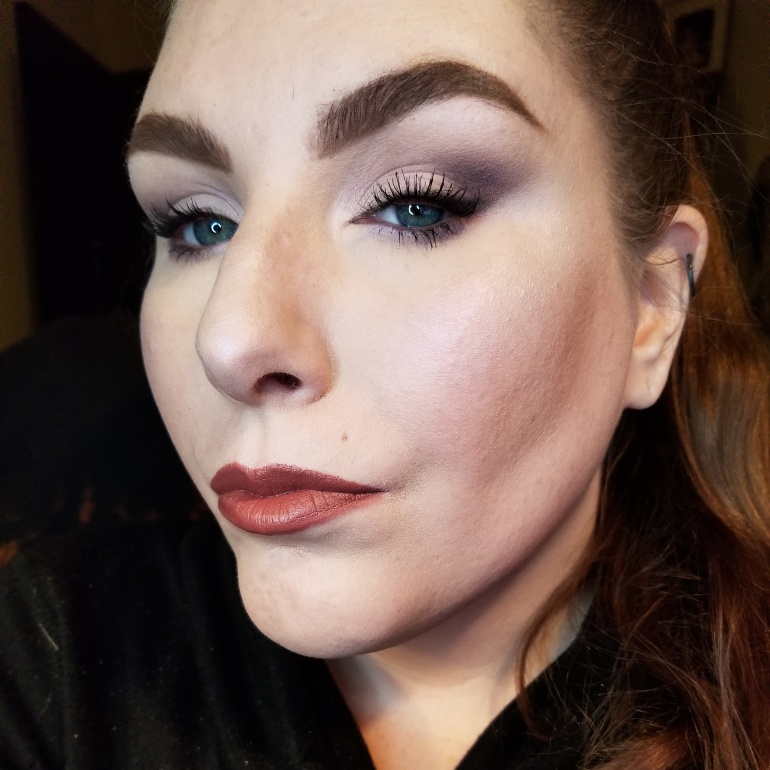 If they have your shade, try this! You will be hooked. I am def repurchasing in the Ivory shade when I finish this tube up. I am almost done which brings me to one more point. You will go through this product pretty quickly compared to other concealers despite containing a comparable amount to others. Aside from that, it’s kind of worth it because it’s that good.

You can purchase the Maybelline Instant Age Rewind for various prices depending on where you shop and sales. I found it on Amazon for $7.50 which sounds like a decent price to me. I found it at more retailers for around 9 bucks. One of the perks of it being drugstore is that you can catch sales and get a deal. Here’s a link to buy from Amazon if you are interested. Maybelline Instant Age Rewind Eraser Dark Circles Treatment Concealer

I have really been into concealers and foundations lately, especially from Maybelline because they have been slaying the game lately. I have a review for the Fit Me Matte and Poreless and the new Superstay Foundation coming soon, as well as the Fit Me Loose Finishing Powder. I’ll see ya’ll Friday for a post talking about my beauty room and office plans.