What guys, Sorry I missed Monday’s post. What had happened was… I redownloaded Sims 4 and bam it’s Wednesday. So to make up for my missed post. I am posting two today! That damn game sucks me if like a black hole every time. I literally spend hours just downloading mods. Anyways, for this post, I wanted to do a Lust or Bust on Kat Von D’s 10th Anniversary Collection. Spoiler: it’s all lust. I want every damn bit of this collection BUT I have put myself on a low buy this year in an effort to save some coin so currently, I am not buying any of the collection unless I win the lottery. LOL.

Let’s look at it anyway and lust over it. 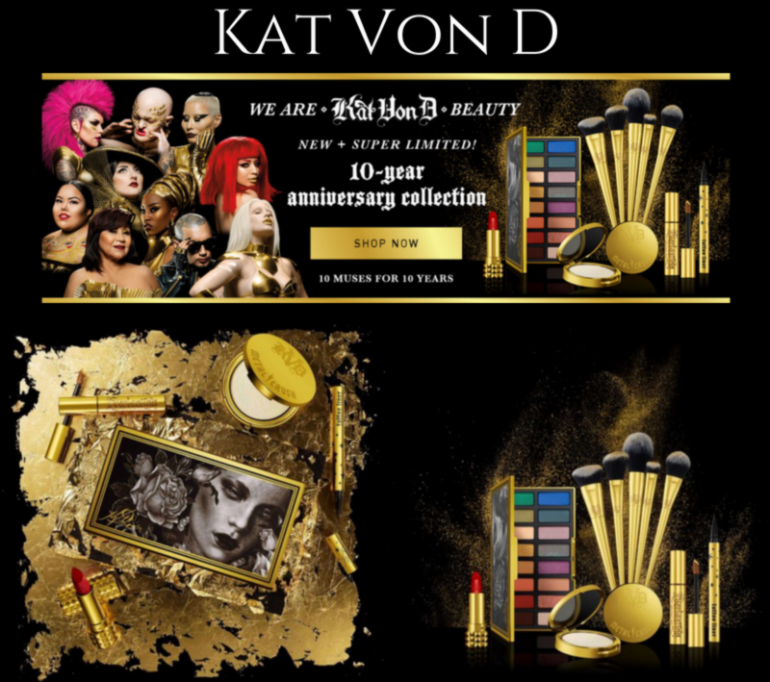 First, the whole style and aesthetic choices for the collection are gorgeous. Everything looks incredibly luxe. I live for black and gold anything so you know it’s killing me not to get this one. I love all the detail and drawings put into the design. That is one of the things I respect and admire about Kat is how hands-on she is with the designs. I keep telling myself, I don’t need this palette. I have these shades and honestly, it looks a hell of a lot like the Saint’s and Sinners colorwise. But that doesn’t make me want it any less just as a collector and KVD fan. The 10-Year Anniversary Eyeshadow Palette retails for $53 and comes with 16 shades.

This is just limited edition packaging for their cult favorite Tattoo Liner. Which is a damn good liner which retails for $20.00

Next up is the lipstick in the shade Santa Sangre which is described as a Semi-Matte Poison Apple. It appears to be one of those perfect reds that everyone has or needs in their collection. I am living for the gold studded tube. I expected them to use the shade Gold Blooded for this though.

The Everlasting Glimmer Veil in Gold Skool just looks gorgeous and I think would be a lot of fun to have in my collection to pair with various lip colors and looks. I don’t NEED it but I wouldn’t say no either.

This might be the only thing I could do without personally. It’s a limited edition face highlighter in Gold Skool. The only reason I would pass is that this is such a common shade. I have more than one highlighter that looks just like this. That being said, it is still very pretty and if I was looking for a new golden highlight, this would be the one as it does appear to work nicely on fair skin though it seems to be pretty universal.

One of the best things in the collection is the brush set which is stunning. I have a few of her brushes already and LOVE them so to get this set would be really special because not only are they stunning but the quality is amazing.

Not only did Kat launch a beautiful train case that I would love to use on my dresser as a jewelry box but she also included a vault set of all the pieces in the collection and a signed train case for $348.00. Imma need about tree fiddy.

For real. I would love to get the whole set. This is one of the few times I am bothered about not getting a collection and have some real fomo over it but there will be others and I got more important things to do with $350 like pay bills. I am little bitter over this one, I can’t lie though.

Anyway, that is the KVD 10-year Anniversary Collection in a nutshell. What do ya’ll think? Did you get anything? Ya got about tree fiddy???? 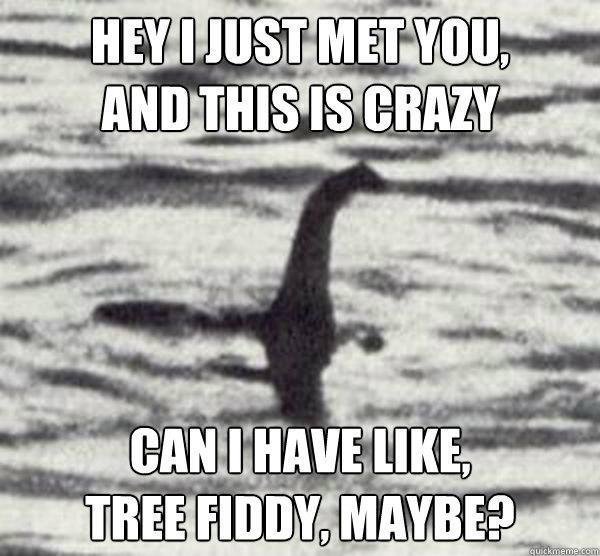